“I was recently introduced to Sennelier paints, and have found them to be extroardinary. From the body of the paint to the intensity of the pigments,not to mention the variety of colors, I was a convert from the first time I used them!”

Jesse Powell graduated from the University of Puget Sound with a Bachelors of Fine Arts Degree in painting and drawing, and went on to study in the Republic of Georgia Jesse’s work has received numerous awards, including second place in the 2013 Plein Air Salon, and the Irvine Museum Award at the 101rst annual Califonia Art Club Gold Medal Show. Jesse’s paintings have been exhibited in numerous solo and group exhibitions, including shows at The Fischer Museum at USC, The Laguna Art Museum, The Pasadena Museum of California History, The Pasadena Museum of California Art, and The Santa Barbara Museum of Natural History. His artwork can be viewed at Trailside Galleries in Scottsdale, AZ, Del Monte Fine Art in Carmel, CA, The Waterhouse Gallery in Santa Barbara, CA. 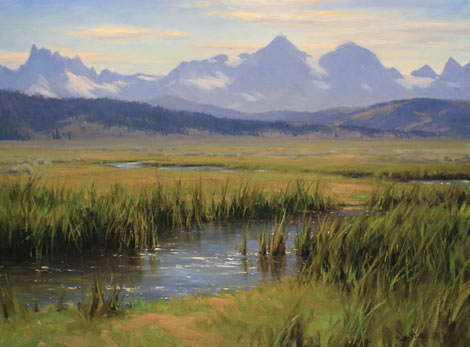