Tom has been referred to as one of the nation’s premier watercolorists. He has written 8 books and hosted several award-winning PBS TV Art programs. He was recently honored and listed as one of the nation’s top 20 teachers by American Artist Magazine and he is represented by some of the nation’s leading museums and premier art galleries. He has been the spokesperson for the National Art Materials Trade Association, and is the international spokesperson for many art material manufacturers. Tom is currently featured on the leading internet art education site … Art Academy Live.com.

With his uniquely styled landscape paintings, Tom strives for a level of excitement and drama that seems to push somewhere beyond what the environment naturally provides. When considering subjects, Tom tries to search for something striking like the dramatic colors of the sky, the direction of natural light, various and unique patterns of shadows or the glint of sunlight on water. Tom embellishes those striking features in his painting to impact the viewer.

Tom hopes that by accentuating those things that are sometimes easy to miss, he can provoke viewers to have something to think about and not just things to see. Each painting Tom creates can be seen as something very special. “I feel it’s the job of the artist to bring to the viewer the best of what can be found in the landscape along with a little creativity or exaggeration … normal and ordinary are not for me. I feel that an artist is paid for their vision, not their observation.”

Tom is a natural teacher who is especially intuitive in developing the student’s own individual needs. For over 40 years students from all over the world have attended his workshops and have acclaimed them with high regard. He has mentored many who are now accomplished professionals. When Tom speaks, he talks openly, candidly, and with a smile. His paintings have that same intensity, expression, and direct appeal.

Toms’ list of credentials include: Signature Membership in many national watercolor societies, election into the illustrious Society of American Impressionists as well as Who’s Who in American Art. He has been featured in numerous publications including ̴ Artist Magazine ̴ Watercolor Magazine ̴ American Artist Magazine ̴ International Artist Magazine ̴ Southwest Art ̴ Plein Air Magazine ̴ Art & Antique ̴ The Wall Street Journal, and the books America’s Great Masters and American Legends. Tom has been the invited guest artist for many art exhibitions including, Olmstead, Sedona, Zion, Richmond, Lighthouse, San Angelo and Easton Plein Air events where he won awards, including, ‘Best of Show’. Tom’s painting was featured on the cover of Watercolor Magazine and every Christmas day for the last 26 years Tom has had a painting featured on the front page of a leading Illinois newspaper. Tom was honored to hold a one-man art exhibition at the American Embassy in Paris, France.

Some of Toms’ numerous awards include: two, ‘Lifetime Achievement Awards’, ̴ ‘Landscape Artist of the Year’, ̴ ‘The Municipal Art League of Chicago Award of Excellence’, ̴ and he was the first American artist selected for an Honorary Membership in the “Canadian Watercolor Society”. Toms’ PBS video productions won a Bronze Award in the ‘Telly’ Competition. Tom has been the artist for Men’s, Women’s and Seniors U.S. Open Golf Championships and several PGA tournaments. Toms’ work has been published, and many of his paintings are offered in Limited Edition prints.

It is no surprise that his paintings are included in public, private, and corporate collections throughout the world.

~Welcome to the watercolor world of Tom Lynch ~
Let him lead you on an exciting watercolor adventure in…
color, contrast, sunlight and shadow light! 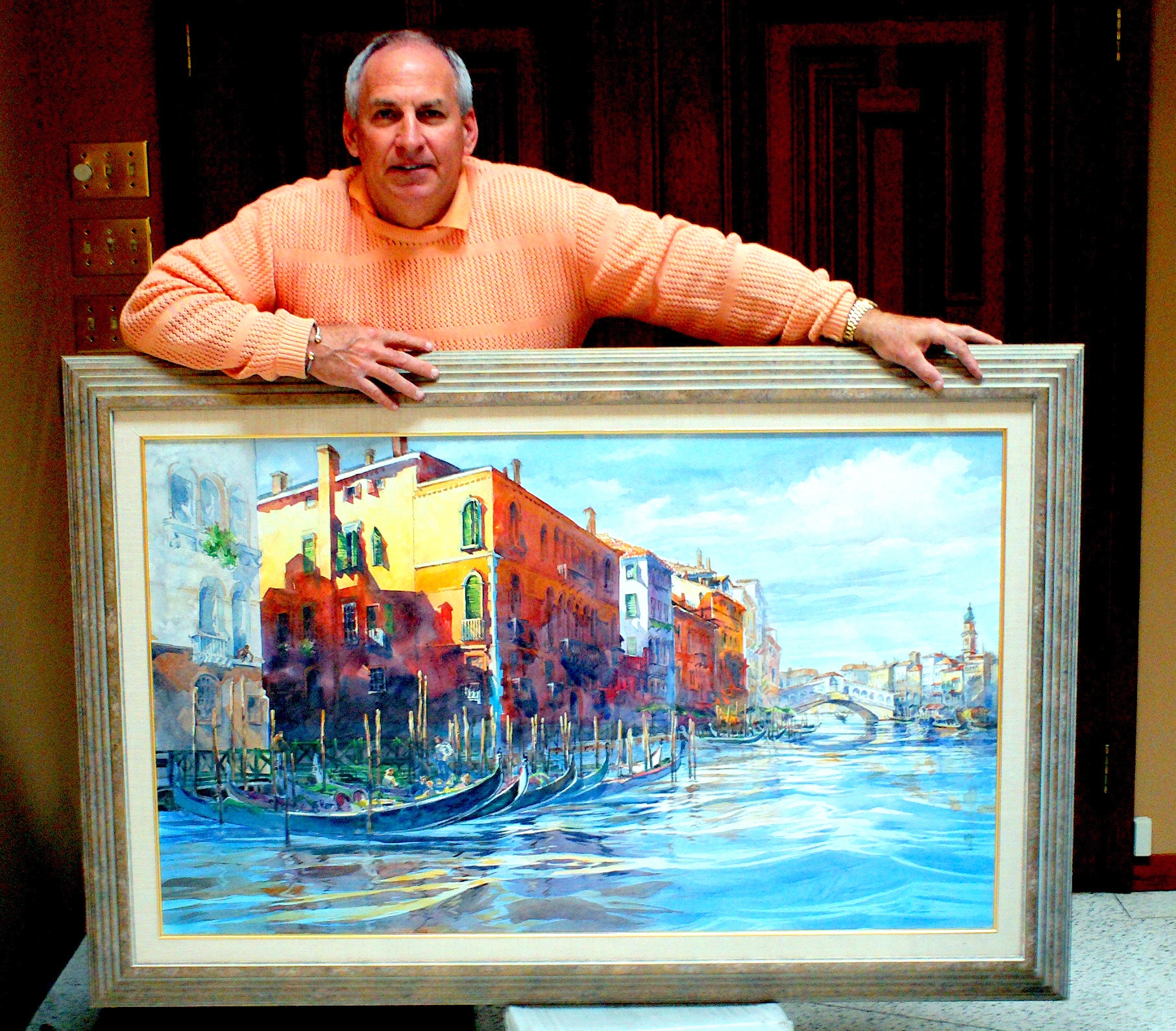